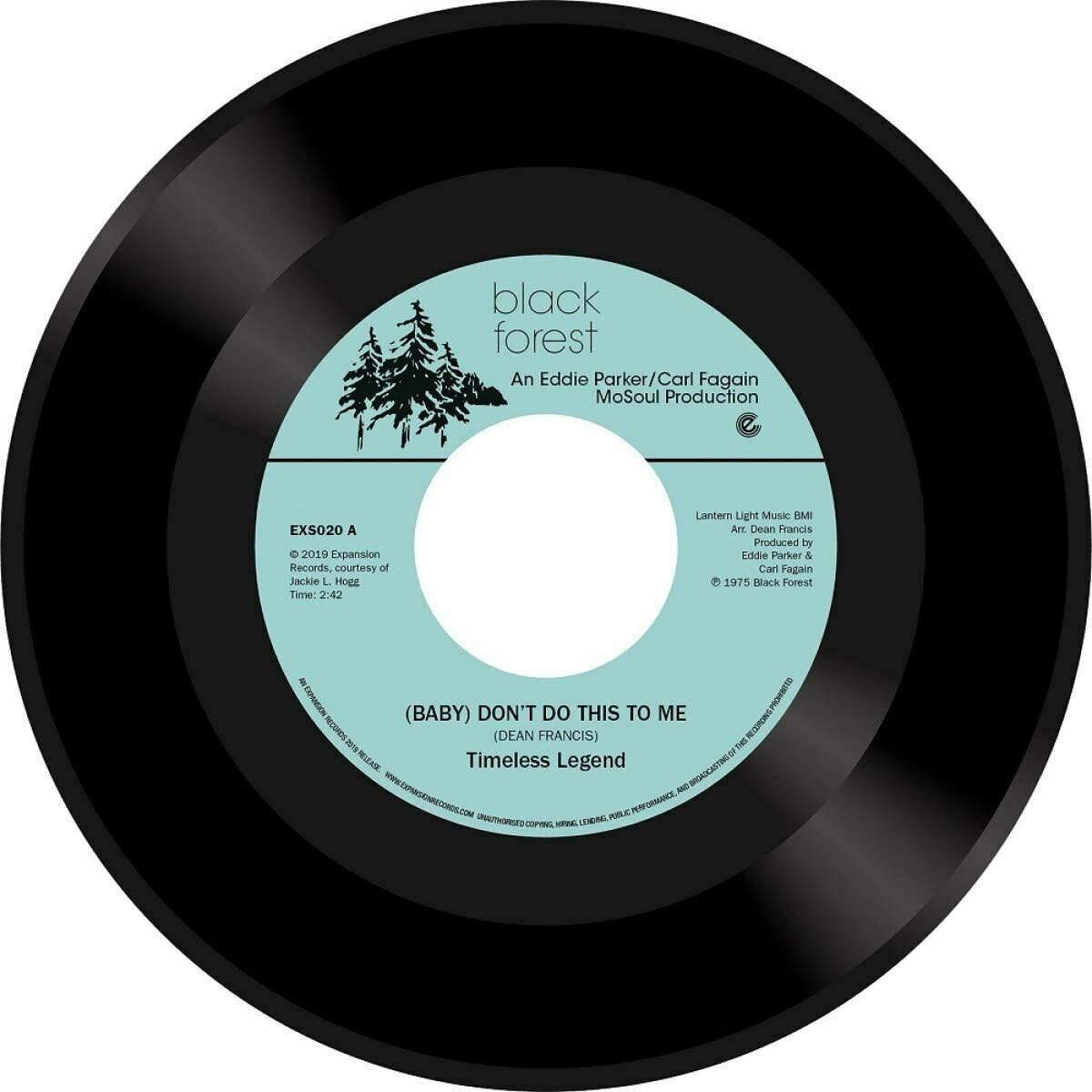 Timeless Legend are Jackie Hogg, Allen B. Burney, Donald Harmon, and Michael Harmon from Columbus, Ohio. Their music is among the most elusive on the rare funk/soul scene. The second of two reissues on Expansion here is this coupling of two songs first released in 1975. It comes on the blue 'Black Forest' label artwork, original copies of which have exchanged have for over ?1,500, the same price as for an original of our first reissue "I Was Born To Love You".

B1. Where There's Love There's A Way