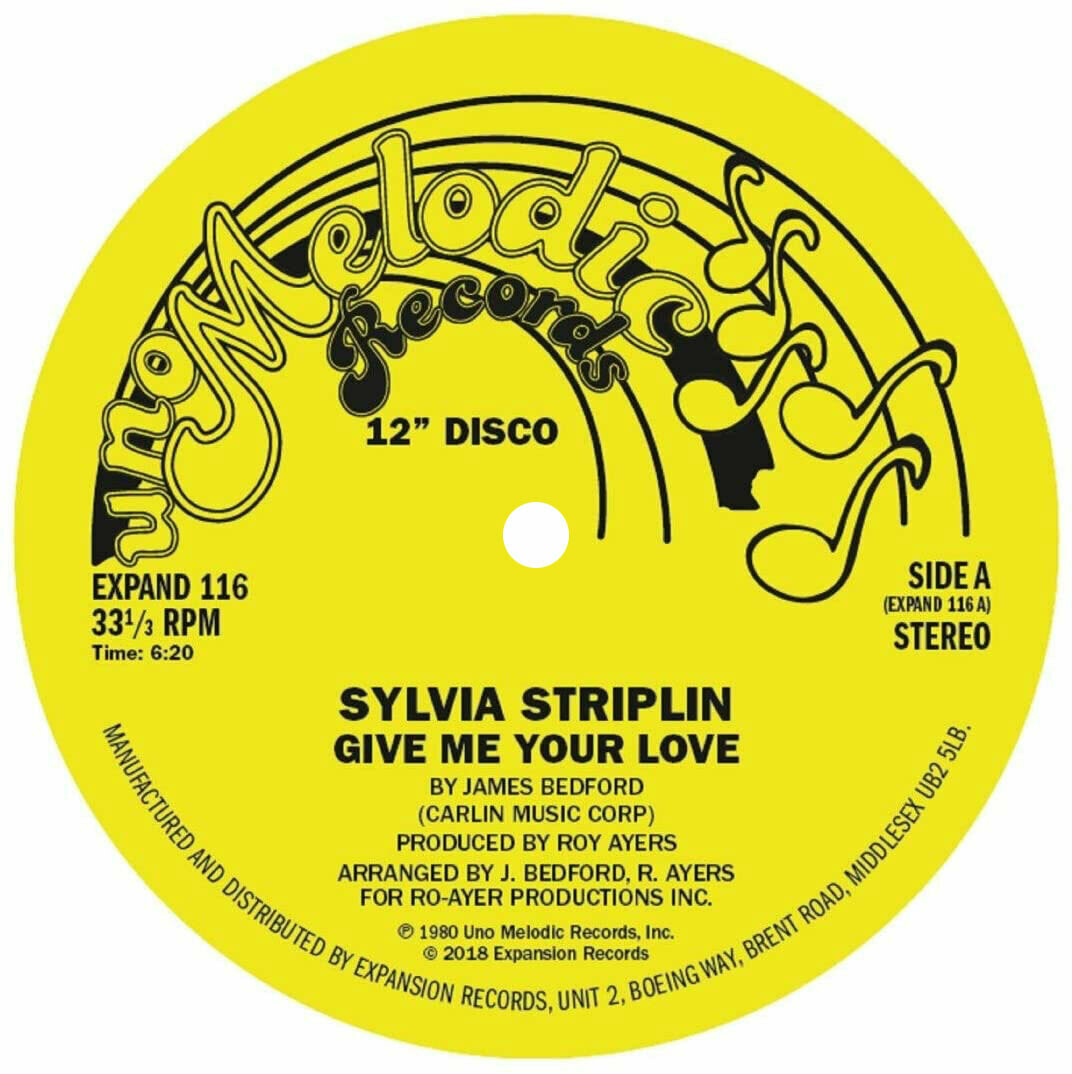 Since the recent reissue of Sylvia Striplin's one album for Uno Melodic Records, demand has been building again for two of the key tracks back together again on 12" single. Huge on disco, rare groove, two step scenes these track capture the essence of the period of music and genius of producer Roy Ayers. First released in 1980, both tracks became signature tracks for Roy's Uno Melodic label. Sylvia previously sang with Roy at Polydor, sang lead momentarily with Aquarian Dream and one album with Eightes Ladies.

A1. Give Me Your Love