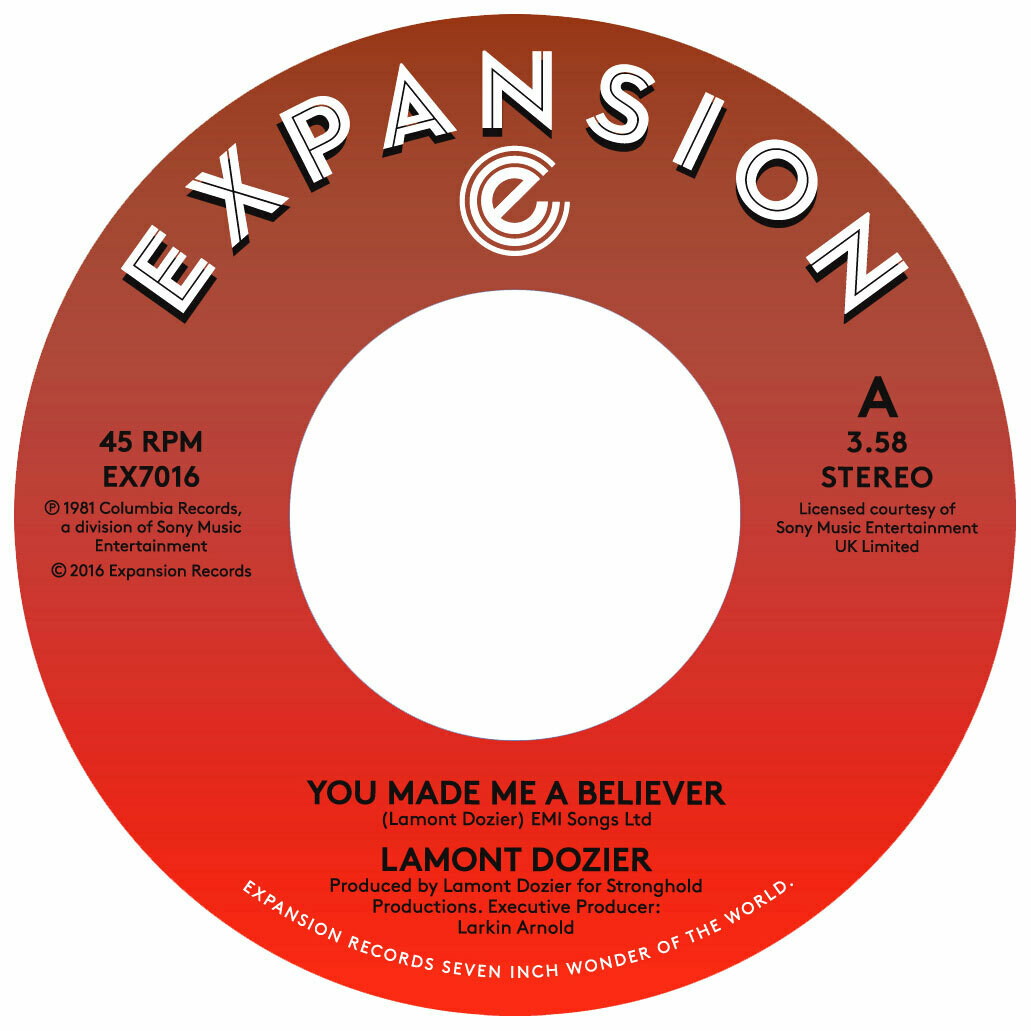 A1. You Made A Believer
B1. Starting Over

First ever release on 7-inch vinyl

Following his role establishing the Motown sound as part of Holland/Dozier/Holland, Lamont went solo and these two tracks come from his 1981 album 'Working On You'. Originally released by Columbia in the smooth, lush sounding style of the day, complete with Lamont's signature vocal, neither of the two tracks here were released as single despite finding huge favour with modern soul audiences. 'You Made Me A Believer' is one of his most enduring soul night floorfillers. Expansion also released the full 'Working On You' album on remastered CD.