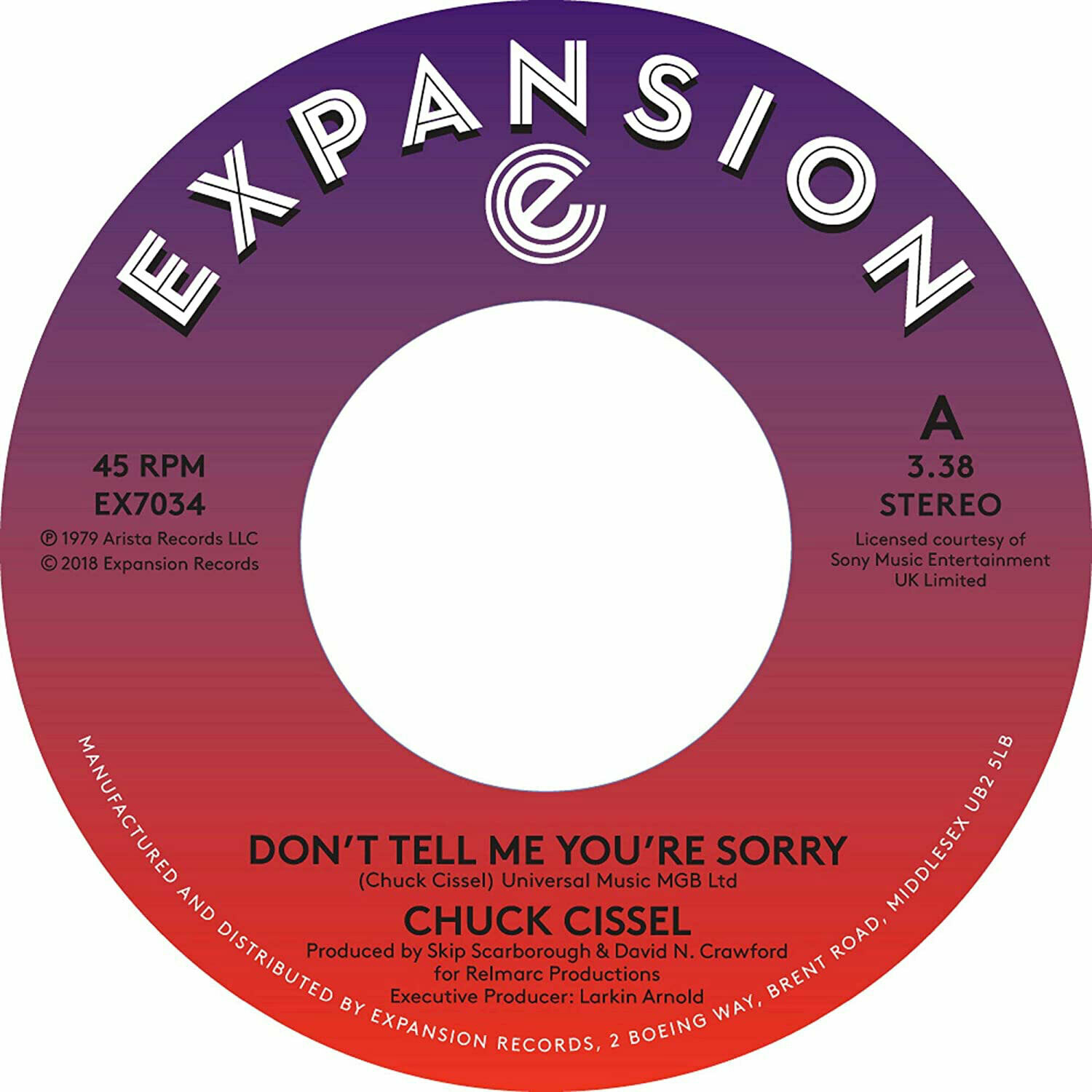 Chuck Cissel, from Tulsa, Oklahoma, recoded just two albums in 1979 and 1982 respectively, both for Arista at the time and reissued together on CD by Expansion in 2014. He is best known in disco circles for 'Cisselin' Hot', but over the last two decades has become renonwned for "Don't Tell Me You're Sorry" in northern and crossover soul circles. Today it is his most sought after record, original copies worth ?150. The track is also written about in Richard Searling's new book "Putting The Record Straight".

A1. Don't Tell Me You're Sorry

B1. Do You Believe